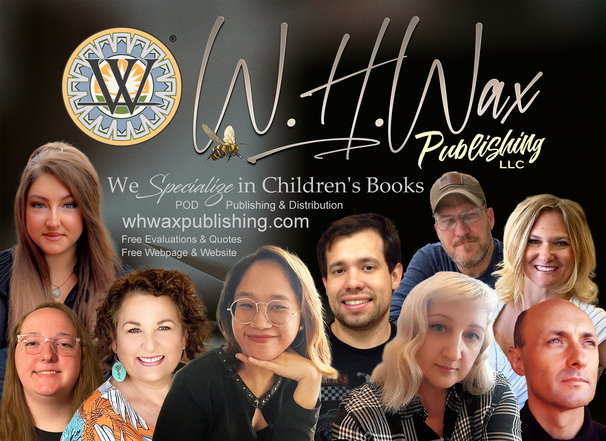 ​
Are you looking for an affordable publisher that actually cares about your success? W.H.Wax Publishing was established precisely for this reason. Our own experience dealing with top self-publishing companies taught us so much over the years. We believe you should never be treated as though you are not important, as just a number, or just another sale. We care about our authors. We will always continue to provide immediate 24/7 support during and long after your book has been published and distributed.

​We offer some of the best children's book illustrators and photographers in the business. ​​About Our Editor
Casi Chadwick
Editor & Co-Founder of W.H.Wax Publishing

Casandra, or as we call her, Casi was born and raised in Ogden, Utah and also spent several years growing up in Jerusalem.
She attended Webber State University in Ogden and has built a career in management and sales. Casi also manages our payment processing solutions for authors, artist, and websites. She is the mother of four
amazing young ladies, Kylie, Mabey, Roxie, and Jovee. Casi enjoys spending time with family and friends, the outdoors, and
​is a devoted mother to her three Treeing Walker Coonhounds, Katie, Jack, and Blue.
Contact Casi at casi.chadwick@whwaxpublishing.com ​Patti Jo currently resides on a small cattle farm near the town of Wickes in Southwest Arkansas with her husband Bruce, their thirteen-year-old son Korey, and their fourteen-year-old niece Kaden. Patti Jo and her sister, April Lambert recently opened the successful Rise and Shine Café in Grannis, Arkansas.
Patti Jo is a child loss survivor and mother to a rainbow child.
​I can do all things through Christ who strengthens me.
Philippians 4:13 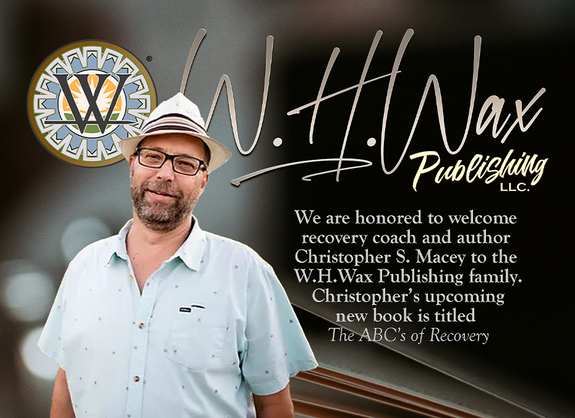 ​​About the Author
Christopher S. Macey
Recovery Coach and Author
​
Upcoming Book
The ABC's of Recovery

​Christopher S. Macey is a Colorado native
who was raised in the Washington Park
neighborhood of Denver. He has been in
recovery himself for twenty years and working in the recovery field for ten years.
​He spent five years working in detox with Arapahoe House and then with the Community Reach Center and the Department of Corrections Re-entry Program. As a recovery coach Christopher feels fortunate to share his experience with the people he works with and to offer them hope for a better future through a mutually beneficial relationship in recovery. Christopher currently lives in Windsor, Colorado with his wife of five years and their eleven-year-old daughter.
​​“Every day is a new chance for a better life.”
- Christopher S. Macey ​Ceana earned her Bachelor of Science degree in Marine Biology with a minor in Creative Writing from Warren Wilson College in Swannanoa, North Carolina.
She is also a qualified water quality expert, a writer, and an avid quilter. Raised near Reelfoot Lake, Tennessee, Ceana now resides in Portland, Tennessee with her three cats Atticus, Scout, and Boo. 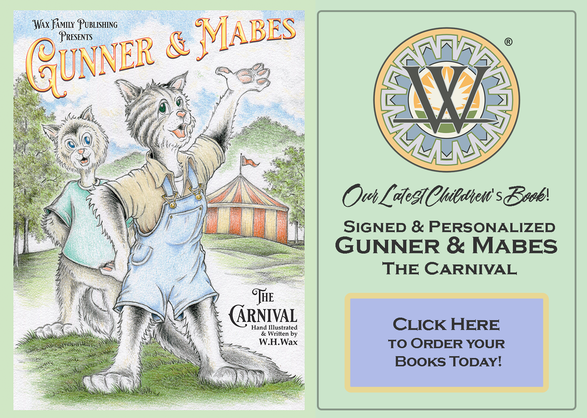 Reading fun for all ages, "Gunner & Mabes, The Carnival" is our first book in a series of classic style books that is loaded with hand drawn, detailed illustrations and fascinating storytelling. It's about two southern talking cats and all their quirky barnyard friends who, believe it or not can talk! So come away with us to Chadwick Acres, the carnival and the Dire Dark Woods if you dare for an exciting new adventure.